The next version of ExamDiff Pro will introduce a redesigned View | Options | Compare panel that features two new options for ignoring lines: Ignore line ranges and Ignore blank lines at the end of a file.

Suppose that I'm comparing two files that have headers. In this case, the headers consist of the first four lines of each file, and I want to ignore them because they're not relevant to my comparison: 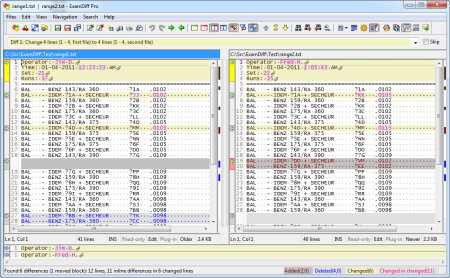 I can ignore this range of lines by going to View | Options | Compare and entering 1-4 into the Line ranges text box under Ignore lines: 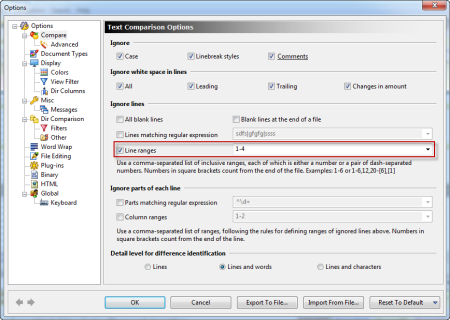 Now, after re-comparing, the headers are ignored: 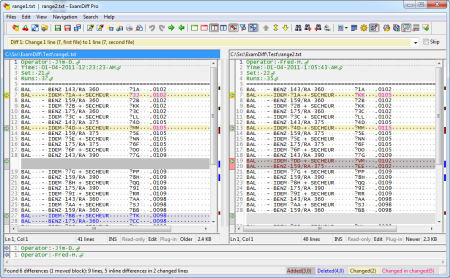 As another example, suppose I'm comparing a pair of text files, and one has some extra whitespace lines at the bottom that I want to ignore: 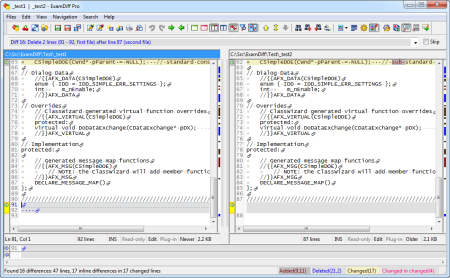 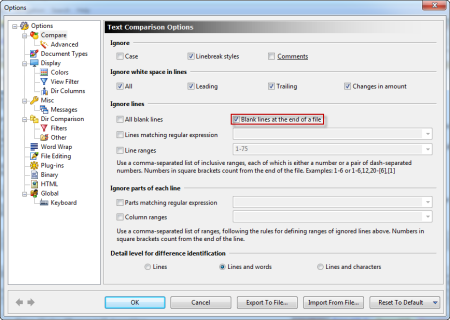 After re-comparing, all blank lines at the end of each file are ignored: 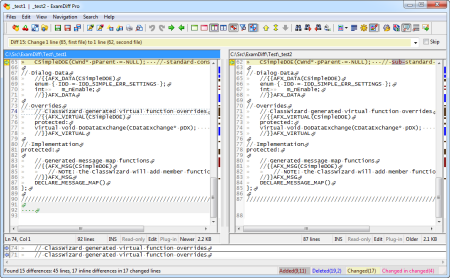 While at it why not add a 'Treat multiple blank lines as a single line' option. This way if one has -accidentally- entered an extra line, it will be ignored.

All these will be very useful for coders.

I'm not sure about "Treat multiple blank lines as a single line" option. As to your other suggestions, they already are implemented: see Options | Compare ("Ignore changes in amount of white space", "Ignore trailing spaces", and "Ignore linebreak styles").