In the next ExamDiff Pro we will be making a variety of improvements to three-way diff and merge, including the ability to diff without merging, more ignore options, and general improvements to merge performance.

One of the new features coming to merge in ExamDiff Pro is the ability to use the three-way diff feature without having to merge to an output file. This can be done by checking the Diff Only checkbox in the comparison dialog, as shown below.

The result of using this option can be seen as follows: 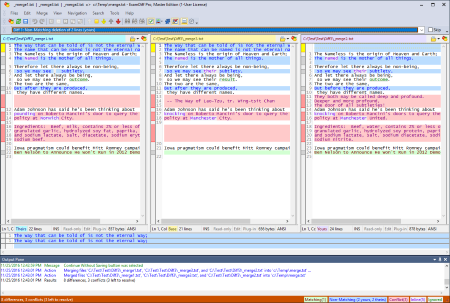 Another new merge feature is the addition of several new advanced ignore options. These options have existed in 2-way diff for a long time and they can now be used in three-way diff and merge as well. These include case ignore settings and options to ignore parts of lines. These new options can be seen below, in the Text Merge section of the Options dialog. 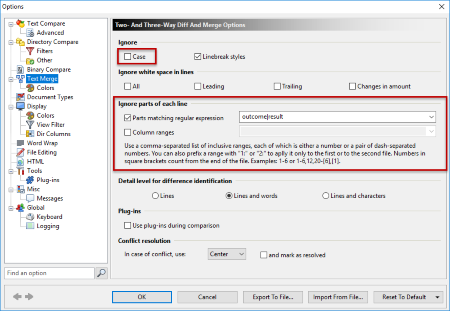 Below we see the results of having entered "outcome|result" in the Parts matching regular expression text box. As seen below, on lines 8-9-7, the difference between the two lines is ignored as the only difference is the use of the words "outcome" and "result". 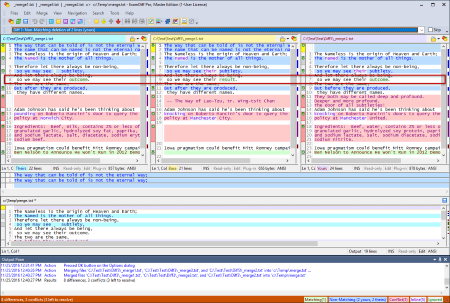 In addition to the above features, several general improvements have been made to the performance of three-way diff and merge operations.