Another new feature in the next ExamDiff Pro is customizable file and directory captions. As of the next version of ExamDiff Pro, you will be able to change the default captions of the comparison results by simply right-clicking the caption and selecting Change Caption. This is shown below: 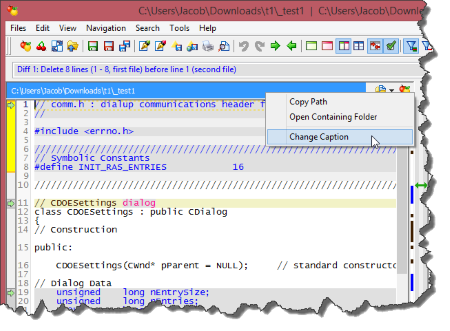 In the dialog box that appears, simply enter your desired new caption in the box and click OK as shown in the screenshot below:

As you can now see, the caption changed from the path to the file to your custom desired caption. In this case, "File 1". The results of this change are shown below: 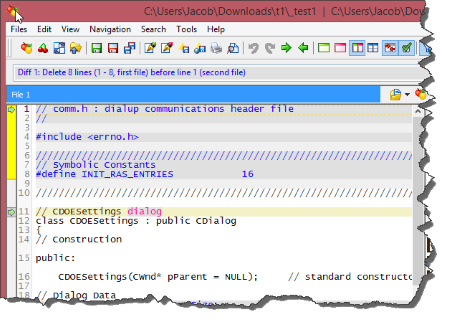 This caption will be kept when the files or directories are recompared, but will be reset on a new comparison.

In the next ExamDiff Pro you will also be able to use Windows environment variables such as %appdata% and %windir%, for example, in entering various file paths such as that of the default external text editor. In the image below, we choose to use Microsoft Notepad as the default text editor by using the %windir% environment variable to navigate to the Windows directory. This is shown below: 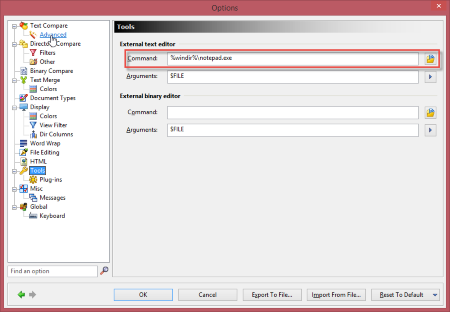 Switching Between Tabs and Spaces in Editor

Another additional feature in the next edition of ExamDiff Pro is the ability to switch between tabs and spaces when creating new tabs in the editor. This option can be changed by navigating to the Options dialogue via Tools | Options and then selecting Convert new tabs to spaces in the File Editing options page. When this checkbox is checked, all new tabs will automatically be converted to spaces. This option is shown below: 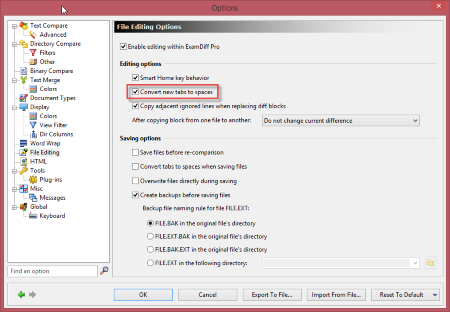 To demonstrate what happens when this feature is turned on, whitespace marking is enabled through View | View Whitespace. After pressing tab once, the resulting whitespace created is four space characters rather than a single tab, as shown in the image below:

In the next version of ExamDiff Pro, you will also be able to change the header of the printable diff report, with the option to change the header title in addition to date and page number. This field can also be made blank to have no header title. To modify this setting from the default, simply go to Files | Page Setup for file comparison, or Directories | Page Setup for directory comparison. An example of the dialog that shows up, along with a custom page heading entered is shown below: 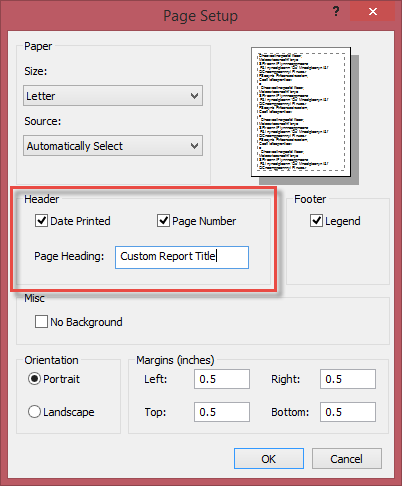 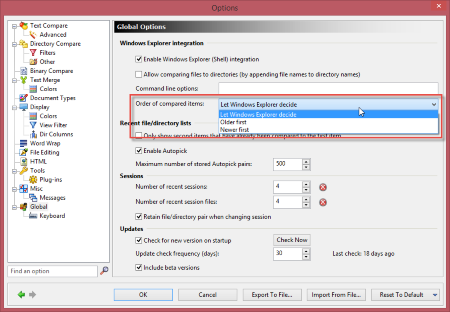